I was asked to write an 800 word essay for publication in a lifestyle magazine. There's a lot more I could have said, and maybe will say, about the concept of remembrance and the sense of moral imperative associated with the "Lest We Forget" slogan. There's a lot more I could say, and almost definitely will say, about the reification of Gallipoli. Anyway, here is the essay:

Gallipoli and our shifting Anzac memories

Those hideous, bloated corpses: the ideological structure of Anzac day

Imagine a parallel universe in which New Zealanders were violent, warlike and proud of their record of victory over the course of the twentieth century. Instead of focussing on the virtues of the dead New Zealanders, Anzac day in this alternate nasty New Zealand would focus on the evil of the enemies we fought. At the head of the ceremony would be a proud warrior bearing a pole, skewering the shrunken head of German soldier from Kaiser Germany. Next in line would be a preserved Nazi, which would be ceremonially spat upon and cursed by the vicious crowd. Following in the wake of these would be a curious assortment of shrunken heads: Samoan1, Korean, Malaysian2, Vietnamese, Afghani. Now imagine a curious child who asked his parents “Who are the bad guys now?”. Somewhat uncomfortably, a little unsure of themselves the parents reply “The Russians”. Then the child asks “Why do the bad guys keep changing countries?”. 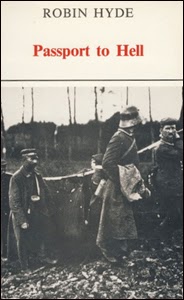 The story of James Douglas Stark offers a fascinating insight into the murky and complex contradictions within the New Zealand version of Anzac mythology. I'll start at the end of the story with his obituary in the Auckland Star, 23 February 1942:


James Douglas Stark, bomber in the Fifth Regiment, New Zealand Expeditionary Force during the Great War, brave enough to have been recommended for the Victoria Cross, reckless enough to have served imprisonment, tough enough to have escaped from Le Havre prison, wounded in 37 places, died last night in the Auckland Hospital, aged 42, after a week's illness. He leaves a wife and two children.

Another puff of air

It's somewhat disappointing that the Guardian published this article

But I managed to get in the first BTL comment .... nice to see some conscious Aussies there saying sensible things too.

Here's a link to a preview of the movie in case you missed it.


I should be grateful, I suppose, that a movie based on Archibald Baxter's memoir We Will Not Cease has been made at all. I should be even more proud of TV One for showing the movie last night in prime time. Baxter and the other conscientious objectors are portrayed as proud – and more importantly brave – men of high moral principle. The officers were nasty. The trenches were awful. The nurse at the hospital was pretty. It was a sad and terrible war and this was duly emphasised by the incessant and emotive piano soundtrack.

ANZAC Day and the Politics of Sacrifice

Bold and bloody, set upon the mountain tops of human experience, we dimly perceive through the foggy lens of history moments of supreme and selfless giving. In the biblical tradition the notion of sacrifice is both supremely powerful and supremely awful. Abraham submits to the will of God and comes very close to killing his own son. He was only testing him apparently, but such a test can be viewed as either spiritual triumph or twisted and malicious abuse of power. Jesus dies upon the cross and is resurrected on the third day. Once again God seems to be giving us a mixed message: we are redeemed, but we are also reminded of our fundamentally sinful nature.