Archibald Baxter vs. the TPPA 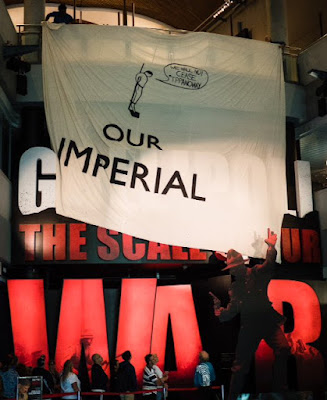 There’s a real sense of optimism and excitement after the massive protests against the TPPA signing in Auckland recently. I’ve taken part in several anti TPPA protests myself, and it’s been great to see the movement building strength and momentum. The standout feature of these protests has been their vociferous and disruptive militancy: roads are blocked, arms are linked and dildos get thrown. There is at the same time a debate going on about the appropriateness of various tactics used, with a great deal of anxiety around the issue of ‘violence’. I’m firmly on side with the rude disrupters on this issue, and it’s fairly easy to draw a line connecting these dots: fences broken and rugby fields occupied in 1981, nuclear ships and subs challenged by fleets of boats and canoes in 1985, motorways blocked by TPPA protestors 2016. All of these non violent protest actions are the embodiment of principled passion, they are ‘rude’ in-your-face gestures intended to wake people up.


When it comes to Anzac day, these sorts of confrontational protest gestures don’t always work. The most recent high profile Anzac protest was in 2007, where Valerie Morse and others burnt a New Zealand flag during the dawn service. Morse and others instantly became the subject of righteous and indignant outrage, and although the protest was brave and principled, it did not have the desired effect.


With these thoughts in mind I was pleasantly surprised to read about an anti-TPPA protest action in Te Papa museum, in which Renee Gerlich and Pala Molisa draped a massive banner over the “Gallipoli: The Scale of our War” exhibit. The words now read “Our Imperial War”, and were accompanied by a picture of Archibald Baxter – ‘We Will Not Cease – TPPA No Way!’. With the streets of Auckland blockaded on the same day, and dildos being thrown just a couple of days later, this creative and provocative protest didn’t get much coverage. One News picked it up, and fairly predictably packaged the story using the tweeted outrage of a talkback radio host: “Extremely Disrespectful TPP protestors target Anzac Exhibition”. Someone told Cameron Slater about it, and (again fairly predictably) the slimy bowels of the Whaleoil comments section spat threats and abuse against Gerlich.


I spoke to Renee on the phone a few days ago, and she told me about how she had planned and carried out the protest action together with fellow activist Pala Molisa. The cost and logistics were quite challenging – the banner they draped over the exhibition title measured 8m by 8m, and needed to be carefully crammed into a tramping backpack. Pala and two signwriters constructed the scaffold and did the painting (with some assistance from a trusty OHP projector), check out these photos to get an idea of the Scale of This Protest: 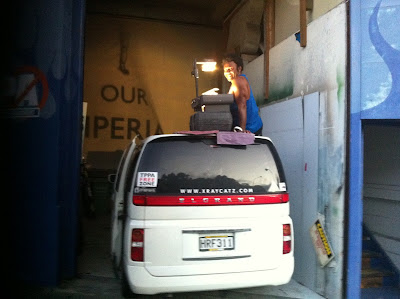 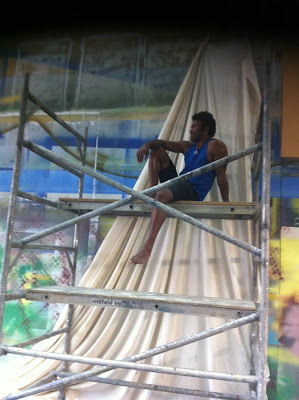 Renee was surprised by the immediate response: embarrassed and decidedly non-angry security guards escorted her away from the scene, no charges were laid. She also made the point that by using Te Papa as the site of her protest, she was being faithful to what public museums should be – places where dialogue about the past can occur, as opposed to the monolithic sentimentalism of Peter Jackson’s Gallipoli.

From Pala and Renee's press release:


The designer of the art intervention, Renee Gerlich, states, “The standard line in our commemorations is that New Zealand soldiers fought and died to defend democracy for future generations. The 4th of February TPPA signing is fundamentally anti-democratic, and in breach of both the treaty and human rights law.”

“The TPPA has been made behind closed doors and favours the interests of corporations over the public. The TPPA flies in the face of democratic culture.”

Dr Pala Molisa states, “The signing of the TPPA today punctuates a long series of corporate-driven policy changes that systematically undermine all our foundational democratic institutions.”

Gerlich concludes, “So it gives the lie to this ‘democracy’ line. It is unacceptable for our government and social institutions to be glorifying the deaths of thousands of soldiers for a cause they are at the same time prepared to completely undermine.

This action questions whether our soldiers actually died for democracy. We believe they were unjustly forced into an imperial war. We also believe that this imperialism continues, and that the TPPA is an example of its current form. This is the reality that our social institutions, like Te Papa should be encouraging public dialogue about, rather than exhibiting nationalistic propaganda, which undermines the truth about our glorious dead.”

I’m impressed by the connections this action makes between the militaristic imperialism of WW1 and the economic imperialism of the TPPA. Finance capital, transnational corporations, nation states and power politics: books and academic theses can and have been written on these topics, just as the TPPA has already generated an intricate and sophisticated discourse about its economic and political implications. The image of Archibald Baxter cuts through the obtuseness of economics and history: a working class farmer who says No to great Powers, someone who will not cease from mental fight. As a protest icon Baxter was very significant during the Vietnam war era, so why not draw on his legacy now in 2016?


Just how rigorous and solid is the link between imperialism in 1914 and the TPPA? There’s a very good article by Christian Fuchs which argues for the relevance of Lenin’s concept of imperialism in today’s world. Key terms include ‘finance capital’ and ‘nation states’: Critical Globalization Studies: An Empirical and Theoretical Analysis of the New Imperialism

***
Renee and Pala also made use of the spirit of the Anzacs in another protest action on Buckle Street by Massey: 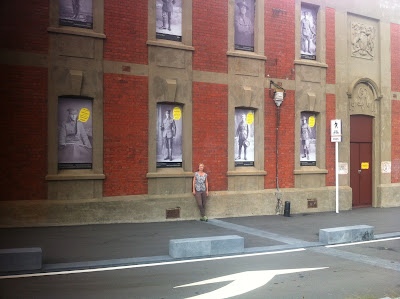 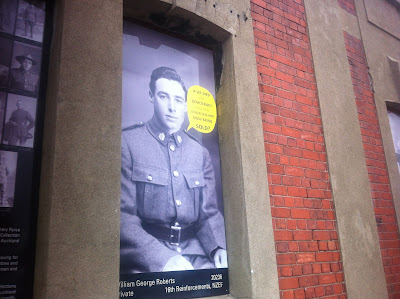 The speech bubbles read "If we died for democracy then why is New Zealand now being sold?". Threatened with arrest by the police for the use of Disrespectful Stickers, this protest didn't last too long but still deserves recognition.

***
Pala Molisa is a committed anti TPPA activist who also writes a blog, check out his speech at a recent TPPA rally here: http://blackstone.net.nz/2015/11/14/march-against-the-tppa-a-talk-outside-parliament/